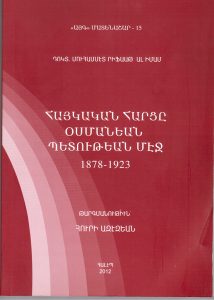 Translated from Arabic into Armenian by Hori Azazian

Muhammad Rifaat al-Imam then reviews the growth and amplification of the Turkish nationalism that pushed the Unionists and Young Turks to eradicate the Armenian race from the Turkish demographic structure. This second chaper demonstrates how the Unionists committed the first genocide against the Armenians at the beginning of the twentieth century. It also follows the birth of the Republic of Armenia in 1918 and the circumstances of its development.

Muhammad Rifaat al-Imam is an Egyptian researcher, historian and writer. He is the head of the Department of History at Damanhour University, and a member of the Council of Armenian Studies at Cairo University. He is a specialist of Armenian history.