Discover all the authors

Discover all the publishers

Discover all the titles 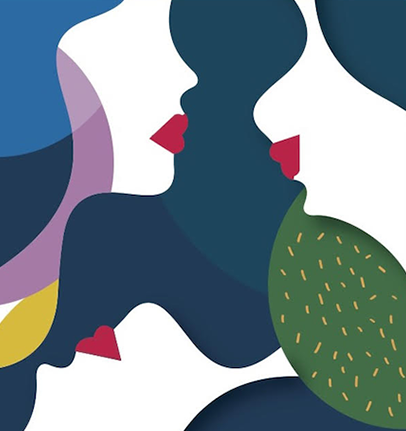 The Arab World HotList in 1001 languages

Although the Arab world shares a language, the Arabic language, which has consolidated its culture over centuries, it is far from being the only one. From the Maghreb to the Mashreq, from the Horn of Africa to Cham, this immense space covers multiple realities. Linguistic diversity is inherent to it.

First of all by diglossia, or bilingualism, between a variety called high (standard Arabic) and a variety called low (vernacular Arabic, Darija in Morocco, Darja in Algeria, Derja in Tunisia, ‘Ammeyya in the Middle-East …). All countries in the region are experiencing a more or less serene distribution of functions between the written language and the spoken (but also written) languages that have long been considered as dialects. Today, their standardisation in the written language and their place in society, especially in teaching and publishing, are debated. For example, in countries such as Syria, books in ‘Ammiyya are not granted a publication permit issued by the censorship department of the Ministry of Information.

As for literature, it is home to a number of experiments where the two levels of language coexist: discussions are fierce between the relentless defenders of a “pure” standard language, unpolluted by the “slang” of the dialect, and the advocates, on the contrary, of their assumed interweaving – among other things to give life to dialogues. Rare are the novels or stories published exclusively in dialectal, but some, in Tunisia, Egypt or Syria, have met with success.

In the Maghreb, Tamazight, French and Spanish

In the Maghreb, Amazighity features prominently, especially in Algeria and Morocco, despite different statuses from one country to another. Tamazight, the generic name for the Berber language of North Africa, is declined, depending on the country, in as many variants, including, among others: Tachelhit, Tamazight and Tarifit in Morocco; Kabyle, Mozabite, Chaoui and Tuareg in Algeria; Chelha in Tunisia (in its residual state); Tamasheq in Libya. Researchers and activists are working on their written codification and the promotion of publications in these languages.

Colonial history has also made French “a spoils of war”, according to the famous phrase of Algerian writer Kateb Yacine, as well as Spanish. Although they have no official status, they remain important, especially French. However, the Arabisation policies carried out for several decades have led to their regression in the editorial landscape. As for English, its importance in a globalised world increasingly imposes it as a language of learning and sometimes of writing.

In the Mashreq, the Kurdish, Armenian and Syriac languages

In the Mashreq, the linguistic mosaic is more complex.

Kurdish, the western Iranian language, is written in Latin and Arabic characters. Spoken by nearly 35 million Kurds divided between Armenia, Turkey, Iran, Syria, and Iraq, where it is the official language since 2004, it is declined in several dialects. The political situation of the Kurds makes it difficult to be published: publishing books in this language is not allowed in Syria, for example.

Armenian, an ancient Indo-European language, and one of the few to have retained its original form, spread to the Middle East after the genocide perpetrated by the Ottoman Empire. At least 3,000 Armenians live between Syria, Lebanon, Jordan, Palestine, Egypt and Iraq, and run private schools and universities to promote their language, literature and heritage.

Syriac, a Semitic language derived from Aramaic, which played a major role in the transition from Greek sciences to Arabic, also has many variants. It is the third language of Iraq, where it is the official language of some regions. In Syria, where it is present mainly in the north and linked to the Christian communities, there is an institute for the teaching of Aramaic and Syriac languages in Maaloula. Despite the repression during the Ottoman period, some villages in southern Turkey still speak a form of Syriac. Finally, Syriac is widespread in Iran, western Azerbaijan (where the oldest newspaper in the language, Zuhra Dabahir, was published in 1847), and Armenia, as well as in India and Lebanon.

Finally, the diasporas of the Maghreb and Mashreq also contribute to the realities and complexities of the Arab world, nowadays expressed in Spanish, Catalan, Italian, English, Dutch and other languages.

Through this HotList, independent publishers from the Arab world invite you to discover the 1001 facets of literary and intellectual creativity in our countries.

Our approach follows in the footsteps of our colleagues in Latin America, members of the International Alliance of Independent Publishers, who for the past four years have been celebrating the richness and creativity of independent publishing in this way (see the Latin American HotList 2020 here).