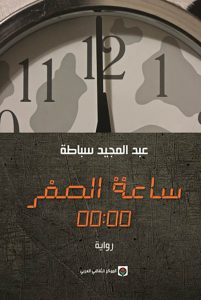 September 2015, twenty years after the end of the war that tore Bosnia-Herzegovina apart, a mass grave is discovered in a village with the remains of seven people. In a pocket, a watch whose hands indicate 00:00, and notes in Arabic. Vahid Sepahic, professor of history at the University of Sarajevo, is in charge of analysing them. A story of devastating confessions, which pushes the anonymous narrator to leave Marseille for Rabat and then Ain Leuh, in the Middle Atlas Mountains, and to try, at the height of the war in Bosnia, to save little Nur Kostovic... An existential quest of self, on the truth of man and the meaning of love in the face of hatred.

Abdelmajid Sebbata was born in 1989. A civil engineer by training, he is a writer and has translated two novels by Michel Bussi, N'oublier jamais and Un avion sans elle. His first novel, Sa'at al-sifr, was awarded the Moroccan Grand Prize for Books in 2018.