If only her name was Fatima 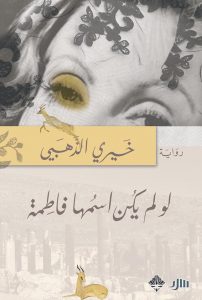 Salman visits the dead cities to make a documentary film about them, that were symbols of ancient civilizations, before they became cities of broken columns and remnants of stone. But there, in the house of one of the city's elders, he finds a painting of a wounded deer, bearing the signature of his mother, Fatima. Soon, the owner of the house presents him with possible scenarios for his movie, all of which revolve around Fatima, and he finds himself entering a magical world and a confusing maze while he is peeking in on the hidden faces of his mother, realizing that he only knew one face of her. In this novel, Khairy Al-Dhahabi plays with the times and the multiplicity of voices, to write about dead cities and Fatima with her multiple mirrors. Who is she? What is its truth? What is the secret of wishful thinking? If only her name was not Fatima?

Khairy Al-Dhahabi is a Syrian novelist, thinker, historian, columnist and scenarist born in Damascus 1946. He graduated from University of Cairo with a degree in Arabic literature, and was educated by writers such as Taha Hussein and Naguib Mahfouz. He wrote around 20 novels, 13 plays and TV series.