Selection of Poetry of Cigerxwîn 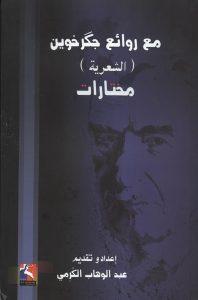 It is an anthology of Cigerxwîn’s poetry from eight collections in which his various poetic tendencies are highlighted: intellectual, artistic, liberal social nationalist as well as his position towards women rights.

The poet imitated older generations of poets in an apparent attempt to prove his artistic ability to emulate recognized Kurdish poets.

At the same time, he developed some poetic contents and images pertaining to modern society. The poet refined poetic language and replaced words from foreign languages with Kurdish ones. By doing this, he bypassed the problematic linguistic mosaic adopted by the ancient Kurdish poets.

The real name of Cigerxwîn, which means in Kurdish "liver bleeding", is Sheikmos Hassan. He was born in southeast Turkey in 1914. At the beginning of the First World War, his family sought refuge in Amuda, near the city of Qamishli in present-day northeastern Syria. He studied theology and became a cleric in 1921. Along with others, he founded a Kurdish association. In 1946, he moved to Qamishli and started getting involved in politics. In 1948 he joined the Syrian Communist Party and in 1954 he was the party’s candidate for the Syrian Parliament. He left the Communist Party in 1957 to establish the "Azadi" (Freedom) organization which will soon be united with the Kurdish Democratic Party in Syria.

He was imprisoned in Damascus in 1963 and eventually exiled to the city of Al-Suwayda. In 1969 he moved to Iraqi Kurdistan, where he became involved in the Kurdish uprising led by Mustafa Barzani. In 1973 he went to Lebanon, where he published his widely known collection of poetry, Kîme Ez? (Who am I?). In 1976, he returned to Syria, but three years later, at the age of 75/76, he fled again to Sweden where he managed to publish several collections of poetry there.

He died in Stockholm at the age of 80/81. His body was returned to Kurdistan and buried in his home in Qamishli.