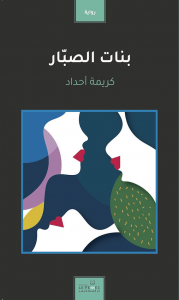 Following the death of Hamid Ziani, a modest fisherman from El Hoceima, his widow Louisa and his four daughters, Sonia, Chadia, Chaima and Safa witness the looting of their house by the family of the deceased. For all of them, mourning is both a hard blow that confronts them with misery and a liberation. But they have to face a society shaped by and for men, which does not hesitate to break the one who goes out of the assigned rank. In this polyphonic novel, against a backdrop of social criticism, Karima Ahdad interweaves the voices of endearing characters in their daily struggle to survive and assert themselves against patriarchy and ambient conservatism. With the tenacity of the prickly pear tree, which survives, endures in an arid land, with its thorns as its only weapons.

Karima Ahdad is a journalist and the author of a collection of short stories, Nazîf âkhar al-hulm, which received the Young Writers' Award of the Union of Moroccan Writers in 2015. Her first novel, Banât al-sabbâr, was awarded the Mohamed Zafzaf Prize of the Casablanca-Settat region in February 2020. She lives and works in Istanbul.