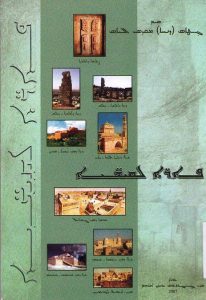 A book of variations that contains poems in the Syriac language in addition to historical, religious and social articles. Written over ten years, the book also contains correspondences between clerics of the Syriac sect discussing the conditions of the community in the region and the parish around the world. The last chapter is devoted to translating many works of international writers into the Syriac language, Victor Hugo as an example.

The author was preoccupied with sect matters and expressed this in a collection of articles where he discussed the subjects of education, unification of educational curricula and different social conditions at the time of writing the book.

Ghattas Makdessi Elias was born in Turabdin - present-day in Turkey - in 1911. At the age of seven, he immigrated with his family to Adana and joined the Syriac School for Orphans as an external student and remained there until France handed over the Cilicia region to the Turks. His father died in 1920 and he was transferred to Beirut Syriac orphanage, where he practiced Syriac, Arabic and French. He moved to Damascus in 1932 where he taught and supervised the Syriac School in 1933. He was appointed director of customs in the northern region and retired in 1962.

He immigrated to Brazil and continued to write, compose and translate. He became a reference in devising new words in the Syriac language, which contributed to preserve the language and its energy.

He received several medals from the clergy in the sect for his remarkable contribution to the Syriac language and heritage.

He passed away in the year 2008 at his home in Brazil.